The Realization of Mortality

ALL AGES!
ALCOHOL WILL BE SERVED!
(Card subject to change)
June 12th, 2011 will see the return of the ACW Lethal Lottery as part of The Realization of Mortality event. The way this will work is 12 names will be entered into a lottery and names will be pulled at Random BY FANS  to make teams of two, 6 names will be pulled before the first match and 6 before the second match. The 3 winning teams will then go on to a finals match, which will be a 6-man scramble. And if the ACW Heavyweight Champion makes it to the Scramble the ACW Heavyweight Championship will be on the line. 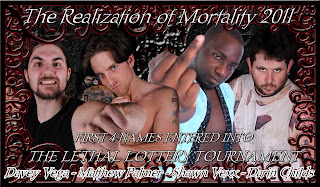 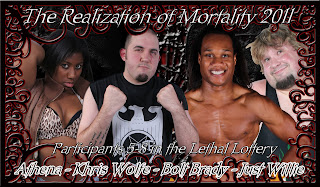 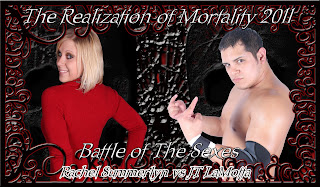 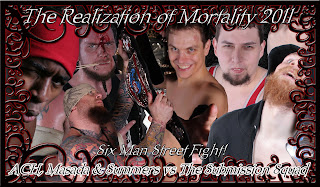 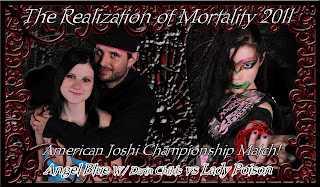 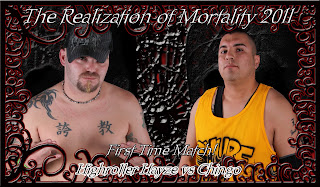 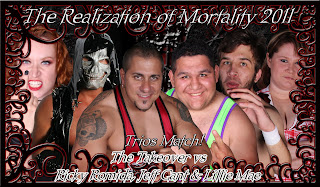 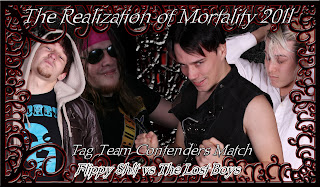